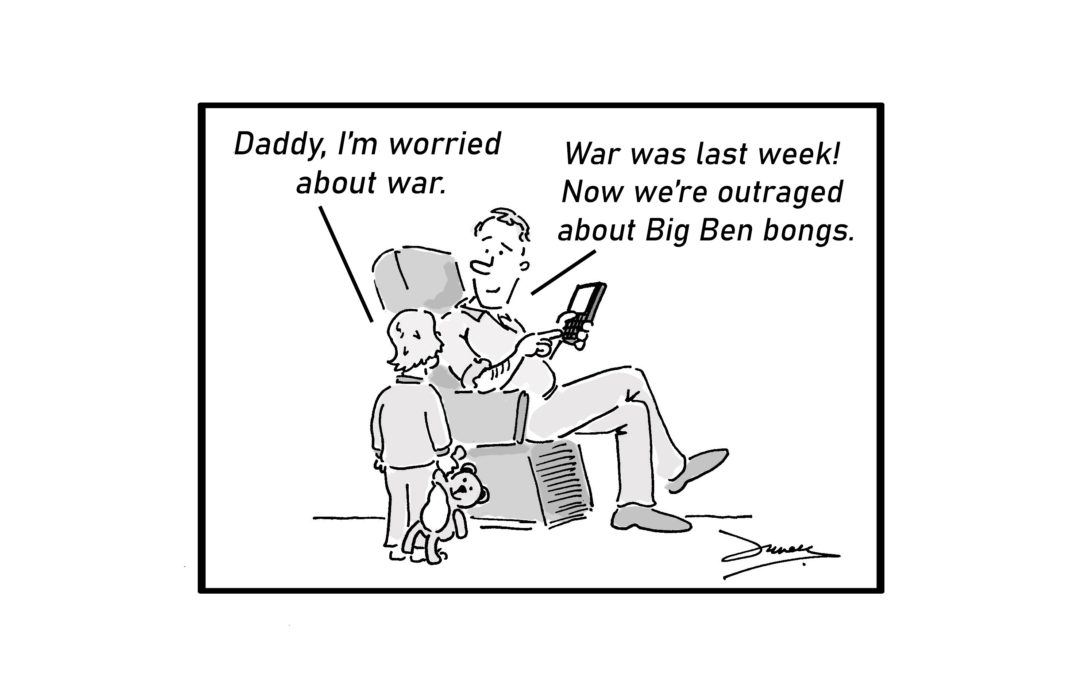 Welcome one and all to a new year and new cartoons. 2020 has been welcomed in by the Four Horsemen – War, Pestilence, Brexit, and Impeachment. Some big cartoon themes to provide a stark contrast to the jolly Christmas cartoons I had been drawing.

Apologies for the lack of an update in January but it has been a chaotic start to the year, with three books that needed illustrating, the start of drawing cartoons for Spring conference season, and some notable projects of my own.

I’m excited to report that I’ve made my debut as editorial cartoonist for OVL magazine – the latest issue of which winged its way to readers at the start of the month. Another big personal milestone was the publisher’s launch of Brexit: A Drawn-Out Process.

This had been delayed from the October commercial launch for a thee month extension period (art imitating life, or is it the other way around?). I launched my latest book on the chaos and craziness of the last three years in politics at the IOD and am currently starting work putting together another special edition run for a charity. If you would like a similar run – branded with your organisations logo and containing a your own foreword – please feel free to contact me.

But of course, you probably want to see some cartoons. There’s a few others I’m rather proud of but that couldn’t make it into this selection as they haven’t been published yet, but I’m keen to share them as soon as I’m able – so watch this space! Here’s the first batch for 2020. I hope you enjoy them.