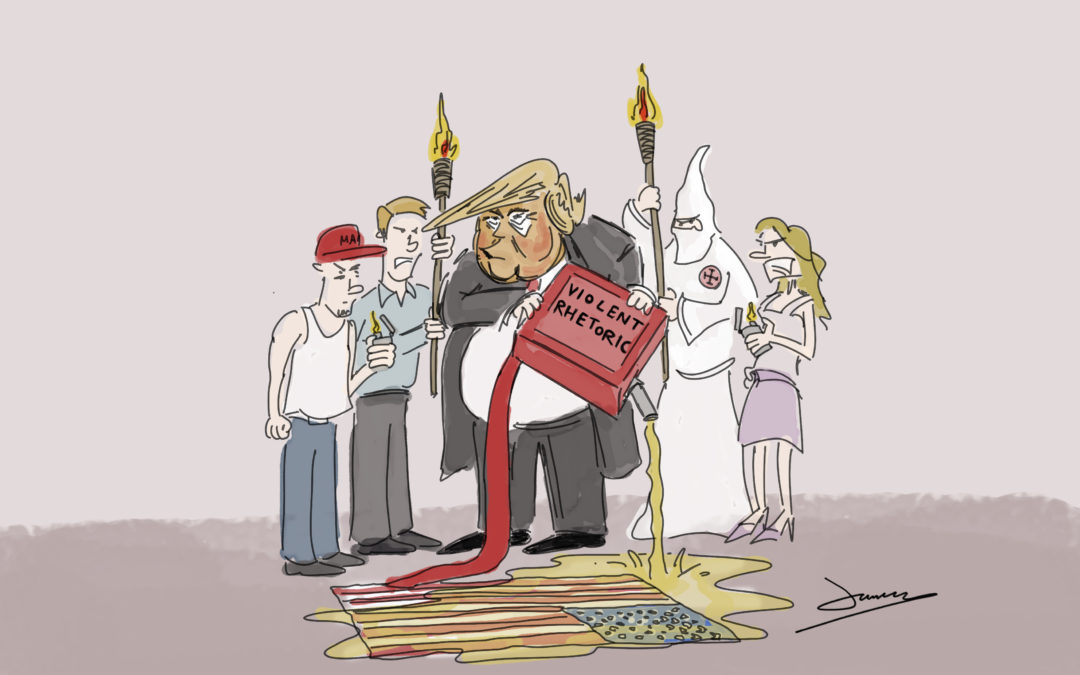 Think before you speak but listen responsibly too

They’ve been used to demonise migrant caravans, threaten Prime Ministers and make jokes about killing vegans.  Words and people’s choice of words have been under the spotlight this month.  Violent and aggressive language has formed a backdrop to many of the stories featured in this month’s cartoons.  As someone who wears a writer’s hat as well as a cartoonist’s, it has given me pause for thought.

‘Freedom of speech’ is the rallying cry to defend those accused of using inappropriate language.  Quite rightly too.  People should be free to express themselves how they so choose.  However, freedom of speech is not freedom from the consequences of that speech.  Words matter and they influence people.  There wouldn’t be an advertising industry otherwise.  Individuals in a leadership role or a professional context need to choose their words carefully and exercise their freedom of speech with discretion or be prepared to be held to account.

That said, an adult audience is also expected to be mature and responsible.  Language is full of violent metaphor; as are cartoons.  Politicians stabbing each other in the back is an allegory in use since the unfortunate Julius Caesar, not a call to literally replicate his fate.  Similarly, those who adopt a faux-naïf affronted response to hearing ‘call off the dogs’ do not help matters.  Pouring petrol on a situation (see main image!) is a metaphor in common usage.  Seeking out or constructing offence in language and cartoons only serves to muddy the waters and stifle useful debate.

If someone says something outrageous in a professional context, by all means be outraged.  If you disagree with a point being made, don’t go looking for ways to create outrage as it detracts significance from the first scenario.  Don’t worry, the first example occurs regularly enough these days – you won’t have to wait for long.

I hope you enjoy this month’s cartoon selection (which I can assure you is very light on controversy).  As always, if you require any cartoons (or appropriate words) you can contact me here.

Until next time, best wishes. 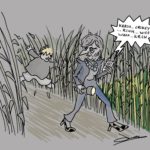 Signs of a coup 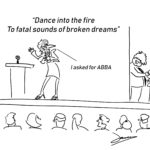 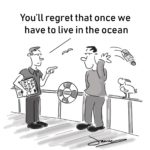 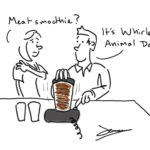 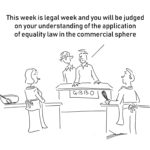 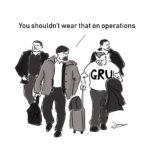 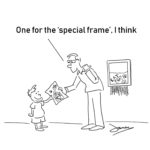 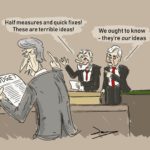 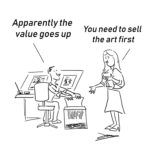 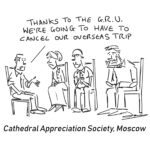 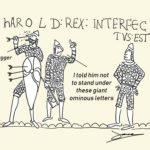 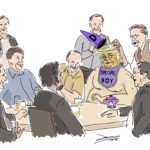 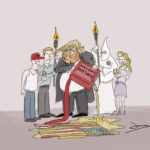 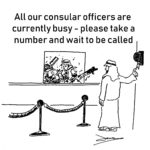 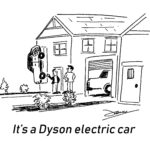 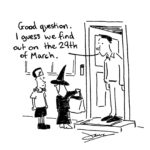 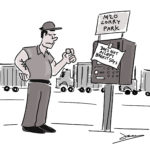 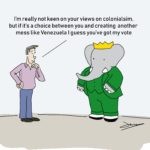 The Choice is Socialism or Babarism