The Military History in Drawn From History 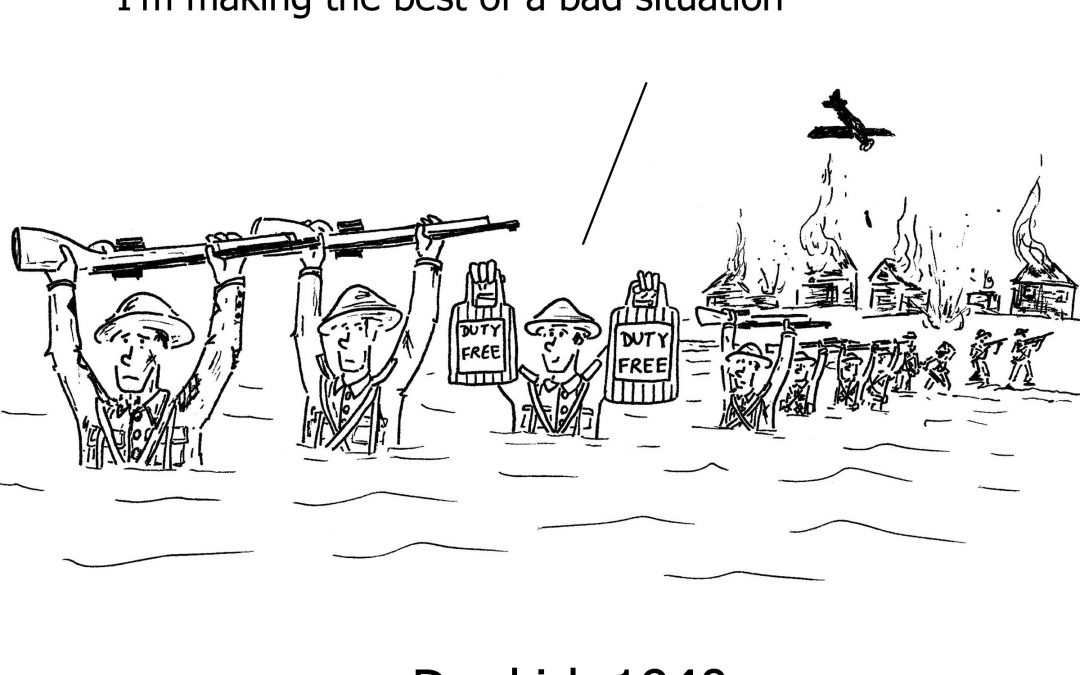 History has always been my passion, but Military History is a key interest within that.  Battles have been central to British History too, so it’s no surprise that there are some more violent elements to my debut book Drawn From History.  Well, cartoon violence at least. 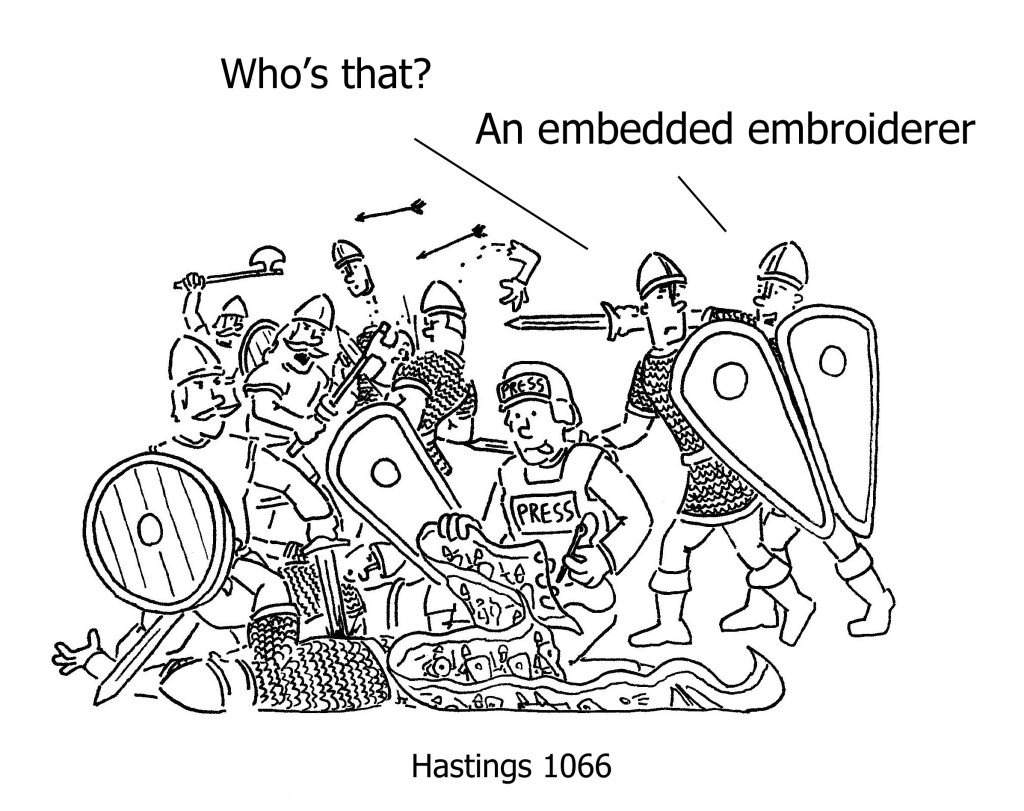 The military hero and the First World War was my dissertation topic when I read History at university and The Hundred Years War was my specialist subject.  I also conquered much of Europe with legions of troops until, like many commanders before me, I became too greedy, overextended my supply lines, reached too far too fast and was undone by waves of Egyptian chariots.

I never made these conquests in real life (as you’ve probably worked out) but whilst playing Rome: Total War – a real time strategy game that allowed you to step into the shoes of a Roman general and try your hand at being a Caesar, a Pompey or a Scipio.  The game’s engine was also used in the TV programme Time Commanders, an updated version of which has just returned to BBC4.

If you’re not aware of the show, it uses the technology from the game to allow contestants to re-fight some of the past’s greatest battles – attempting (usually unsuccessfully) to rewrite the history books.  If you are familiar with Time Commanders, you will be aware that Gregg Wallace has recently taken over hosting the show.  Hopefully this news make the foreword to my book make a lot more sense.

People raised eyebrows at the fact that my book had a foreword written by a presenter more famous for cookery shows than history programmes.  However, as his new role handily demonstrates, Gregg is also a real enthusiast for military history.  It also goes some way in demonstrating why I chose history as the subject for my debut book.

I’ve worked with many individuals during my career as a freelance cartoonist, working in many different professions.  A love of history (and military history in particular) was something I discovered was shared by many, regardless of what they were best known for.  There are many Gregg Wallaces out there.  There was definitely a readership for the book. 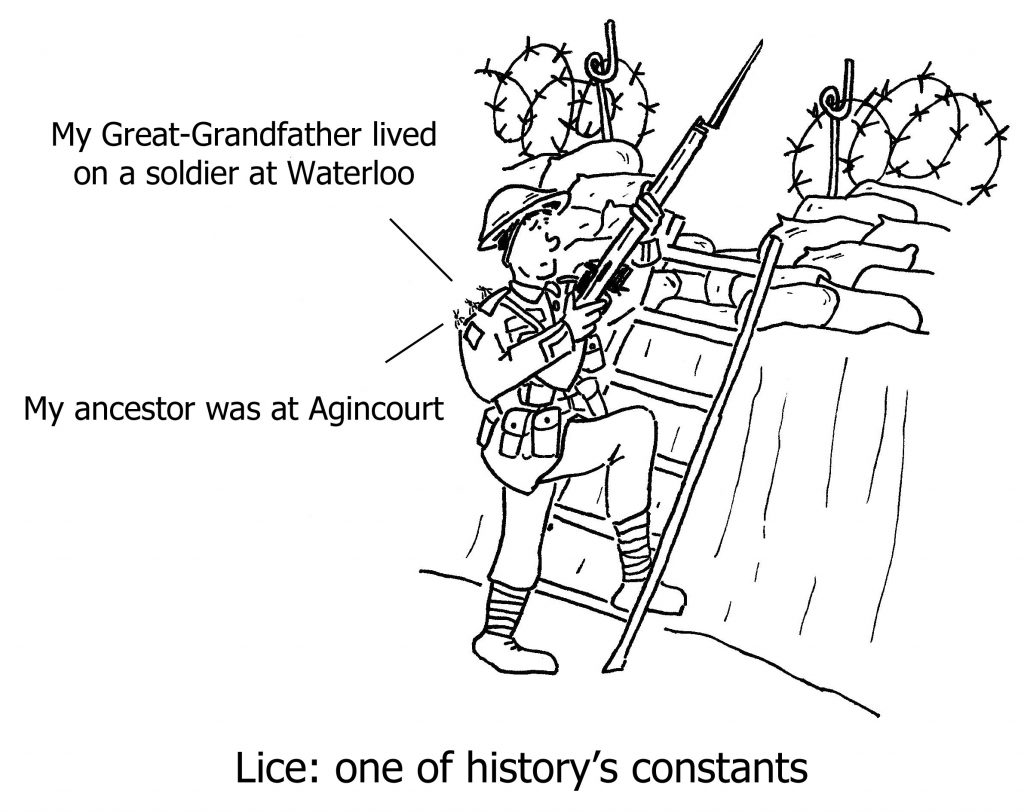 Whilst it’s one thing to be fascinated by tactics, strategy and bravery, we all know that war is really no laughing matter. Does warfare belong in a book designed to be funny and entertaining? I believe it does.  Extreme situations often produce humour.  Think of Blackadder, Dad’s Army or even the black humour of the Toms in the trenches themselves.  Warfare certainly throws up some surreal situations and, to look at it from the other way round, I’d like to think that cartoons might be a way to engage people who don’t necessarily have an interest in military history and might inspire them to investigate the real stories further.

Whichever you may be – a history fan who likes to laugh or a cartoon fan who might be drawn in to history – I hope there’s something in the book for you.  Drawn From History is now available to buy and, for those who enjoy more contemporary fare, everyone who buys a copy directly from this site will receive a free Best of 2016 eBook of cartoons from the past year.

Drawn From History – A cartoon journey through Britain’s past is published by Filament Publishing and is on sale now.