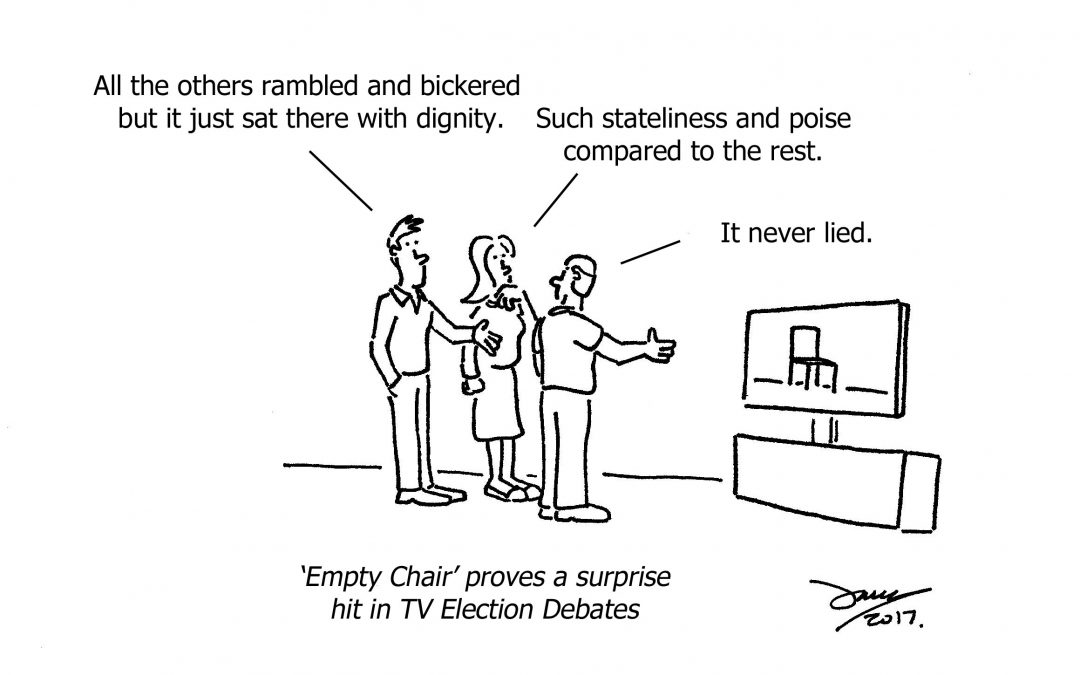 A snap General Election was announced this Tuesday, which caught a lot of people by surprise.  Looking at the polls, it should come as no surprise at all really.  Perhaps it was the 10 months of constant insistence that there would be no snap election which threw us all off…

In any case, campaigning is underway now and presented here is a small selection of cartoons from the opening days.  If a cartoon might support, compliment or draw attention to anything you are preparing over the coming weeks you can contact me here to commission a bespoke drawing tailored to your needs. 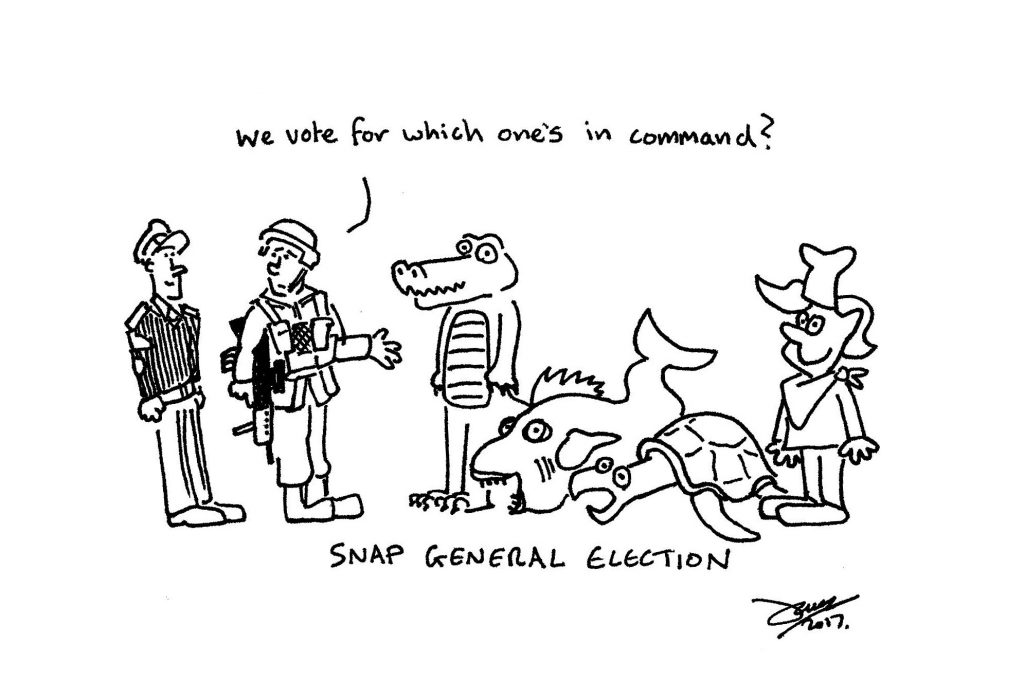 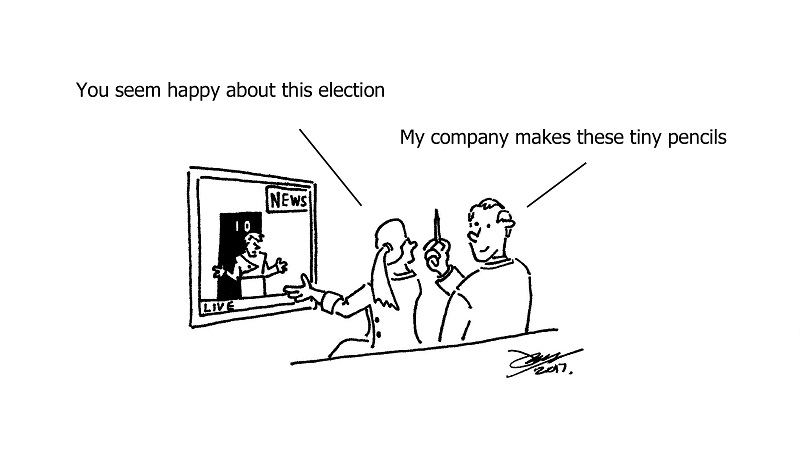 Following a threat from broadcasters to ’empty chair’ the PM in any TV debates, some thoughts on how an empty chair might fare… 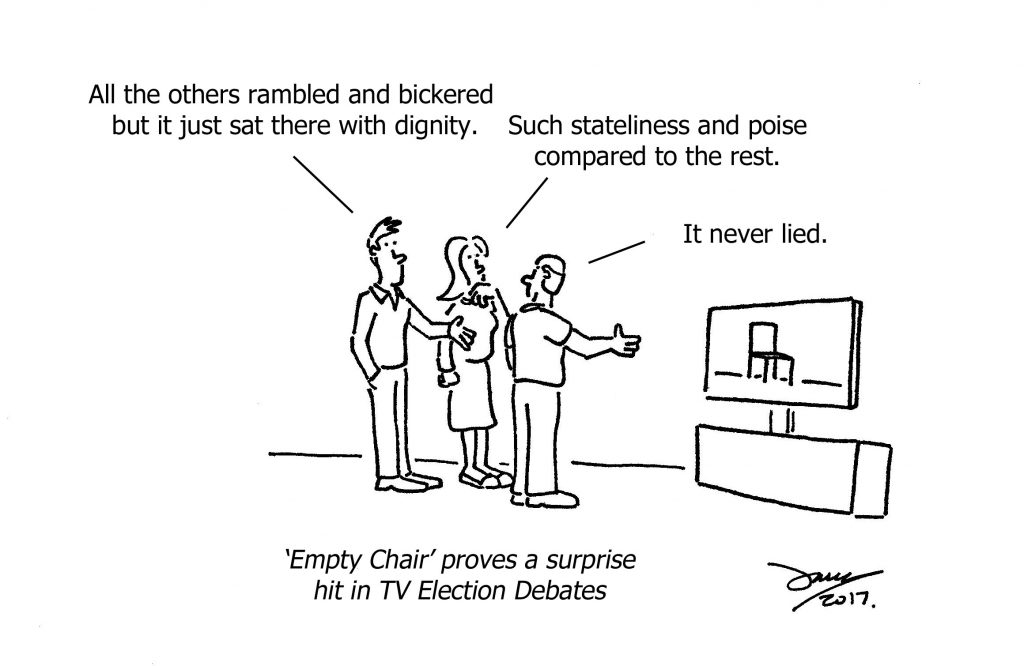 OK, not a cartoon as such.  Call it an infographic?  Due to voter fatigue and several elections/referendums in a row, an idea to cut down the amount of voting by combining all the key questions facing the UK on a single ballot paper: 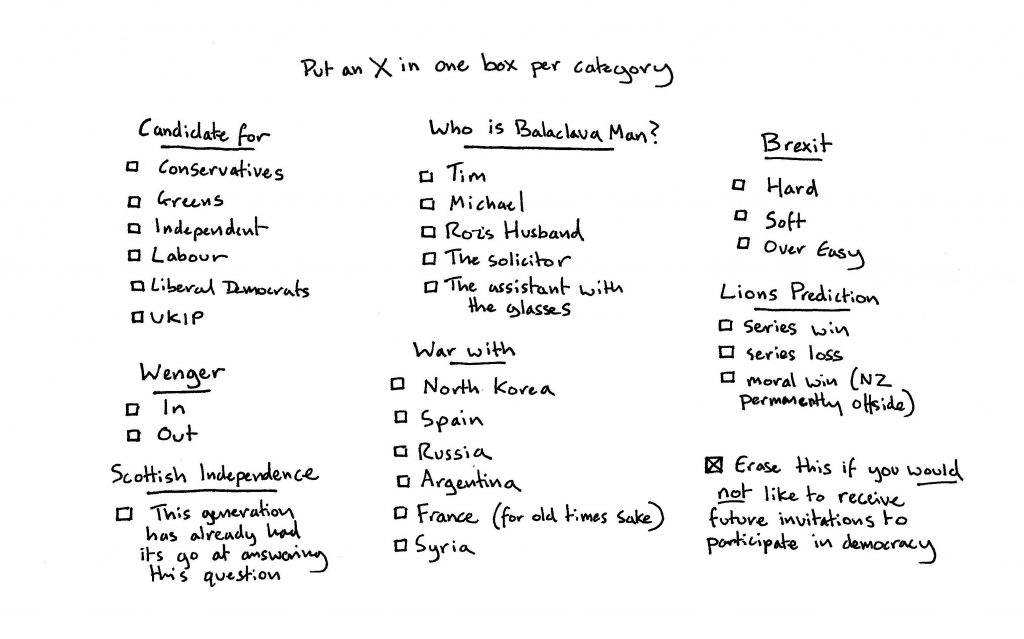